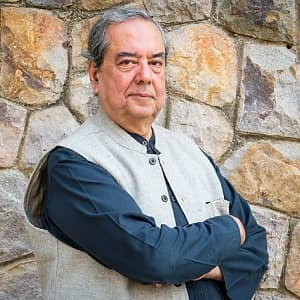 Ashok Khosla founded and was president of the thirty-year-old Development Alternatives Group and now chairs its Board. Headquartered in New Delhi, the DA Group was among the first civil society organizations set up to address the issues of sustainable development as a whole. It also pioneered the concept of social enterprise, creating business-like approaches for eradicating poverty and conserving the natural resource base.

Currently, Dr. Khosla is president of the International Union for Conservation of Nature (IUCN), the world’s largest and most representative alliance of conservation agencies and interest groups; co-president of the Club of Rome, a group dedicated to promoting systems-based strategic understanding of the world problems and the human predicament; and co-chair of the Resource Panel, which has been set up by UNEP to investigate the status and trends of natural resource use in the global economy. Public Sector – In India, he has served on the National Security Advisory Board, the National Environment Board and the Science Advisory Council to the Cabinet and on the boards of many officials, NGO, and academic bodies.

At the international level, Ashok has had several official assignments, such as Special Advisor to the Brundtland Commission (WCED), Chair of the ‘92 NGO Forum at the Earth Summit in Rio de Janeiro, and has served on the Boards of several environment and conservation organizations, including Chair of the Centre for Our Common Future, the Club of Rome and Energy Globe, and member of IISD, Stockholm Environment Institute, ZERI, the Alliance for a New Humanity, EXPO 2000, Toyota Environmental Awards.

Globally, he helped to design and teach the first university course on the environment (as an assistant to Professor Roger Revelle at Harvard University, 1965); to set up and head the first governmental agency for the Environment in a developing country (under Prime Minister Indira Gandhi, 1972); to set up the original international information system on environment (Infoterra, with Maurice Strong at UNEP, 1976); and to establish the first social enterprise for sustainable development (Development Alternatives, 1982).

Watch his session
Meet all speakers